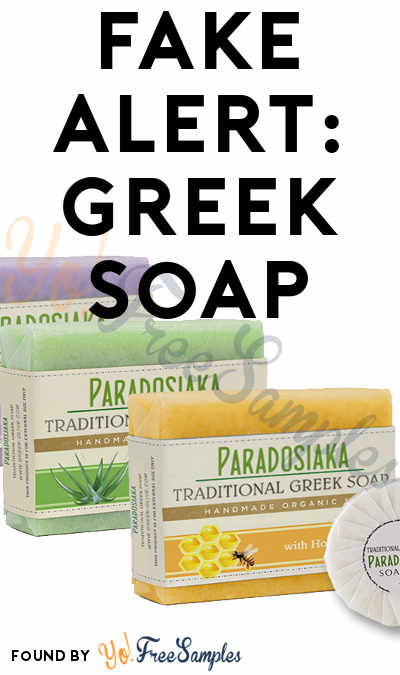 Update: This is part of a “WebSEO” fake freebie network powered by another freebie site that has Russian ties called freesamplesmail. More info here. All you will get for signing up is spam mail from freesamplesmail and no samples. I have received 0 photographic proof of anything ever being sent from them. All my test sign up emails get spammy advertising emails. To verify yourself that it’s operated by a Russian free sample website, read here.

This Paradosiaka Greek olive oil soap is made with quality Greek olive oil and tears. Why tears? Because this is fake as can be. And I’ve discovered how it’s connected with all these other Russian Fake Freebies.

I am confident to say this is just a short term profit scheme and I am also confident that this freebie will never, ever come. If you signed up for this one, worst case is you’ll get some spam mail, spam email and perhaps some sketchy links from fake PayPal/Amazon/other websites. Don’t trust links that ask for your password or any personal information, ever. Thank you for reading my fake freebie rant.