Welcome to another freebies news & mailbox update. Your source for information about freebies after the sign up.

Since the last update summer has come to an end and so has most of fall and winter is ahead. And that usually means more promotions and freebies are ahead which is excellent. My mailbox certainly had an uptick in freebies received, see below for what I got only in a month. There were also a healthy amount of fakes that didn’t make it on this website. And I finally broke the case about a network of fake freebies which is included in this update. And as usual I’m doing with the Clint Eastwood theme of “The Good, the Bad and the Ugly” for this update. Let’s start with the good news.

The Good – What Keeps You Coming Back To Sign Up For More:

The Bad – Not Good News:

Do you want freebies like the ones mentioned in this post? Sign up for our daily email newsletter. And keep in mind, I don’t ship samples, you need to sign up for each one yourself. The more you sign up for, the more you’ll get.

That is all I have for the sample update today! Do you have any updates to contribute, send me an email at freebie-updates@yofreesamples.com anytime. 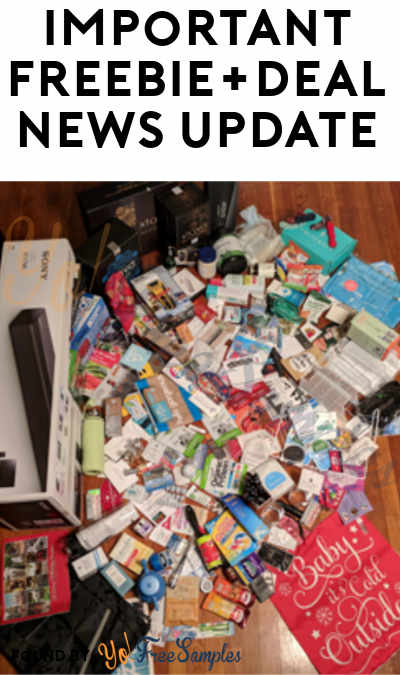 What to expect: Emails around noon EST, 7 days a week with the latest free stuff, deals & sweepstakes daily. You can unsubscribe at any time.