FAKE ALERT: FREE Headphones SoundPRO VS-01 & All Freebies On SoundPro 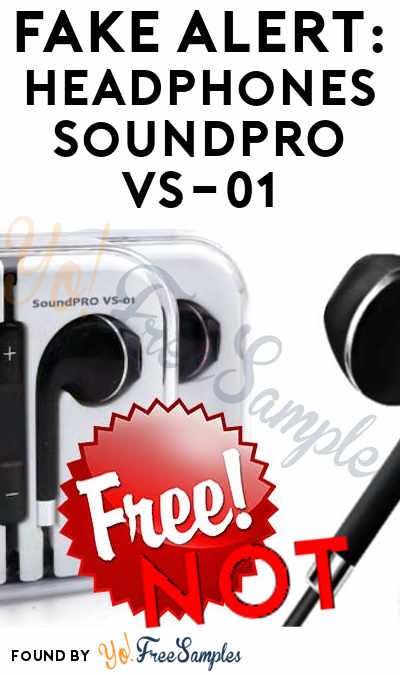 Update: This is part of a “WebSEO” fake freebie network powered by another freebie site that has Russian ties. More info here. It’s operated by freesamplesmail dot com which has a history of using fake freebies to boost their Google search rankings.

Another day, another fake freebie from the “WebSEO” fake freebie network. This time they are getting aggressive at promoting it with fake Facebook accounts from Russia, Tanzania & Rwanda. Always a good sign that your personal information is in safe, caring hands (sarcasm).

As usual with fake freebies, avoid them! If you see them on other websites, do not sign up. If you signed up for this one, worst case is you’ll get some spam mail, spam email and perhaps some sketchy links from fake PayPal/Amazon/other websites. Don’t trust links that ask for your password or any personal information, ever. Thank you for reading my fake freebie rant.

0 likes Nov 27, 2018 Free Samples Without Surveys By Mail, Important Free Stuff News Updates
The links this post may contain affiliate links which we earn a commision from. See the bottom of the site for full privacy, disclosure and terms & conditions policies.