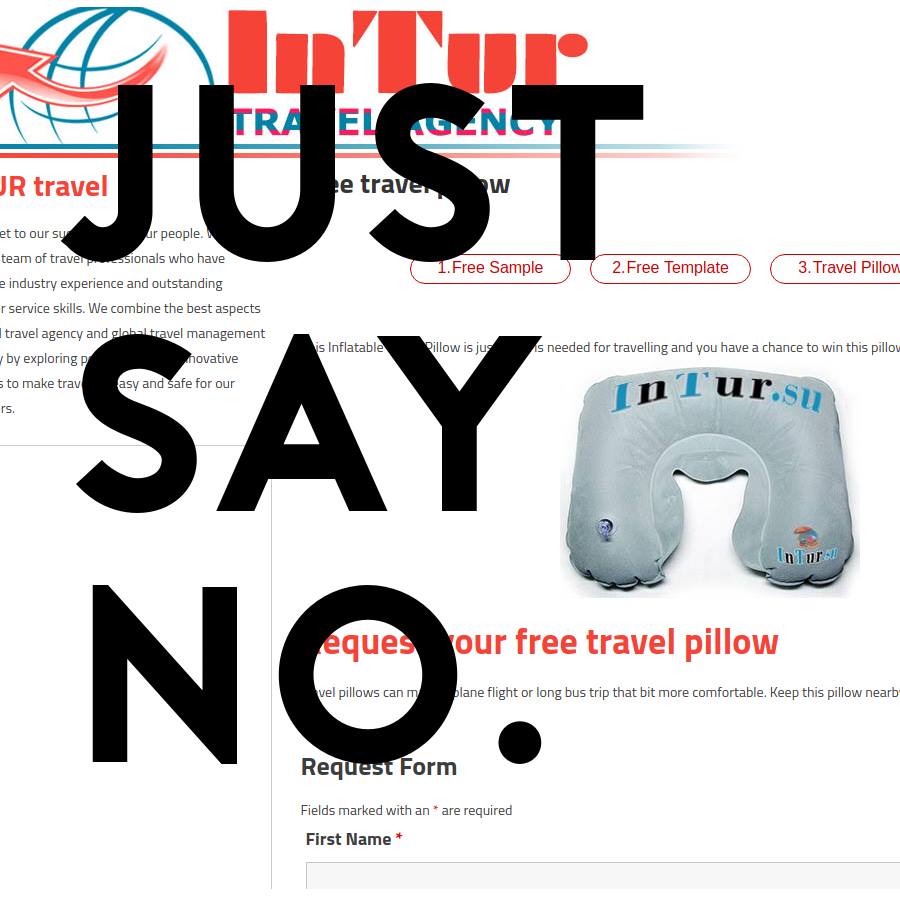 Update: This is part of a “WebSEO” fake freebie network powered by another freebie site that has Russian ties. More info here.

I saw this InTur Travel Agency offer on a few other freebies sites and instead of waiting until my next sample news update post, I felt I needed to address this as highly likely to be fake as soon as possible.

There are a lot of bad smells on this website, I’d entirely avoid this. While I can never know for 100% absolute certainly a freebie is fake, this one just doesn’t feel right at all and I didn’t even share valid personal information when testing it out because I feel such a lack of trust towards it. If you signed up for this one, worst case is you’ll get some spam mail, spam email and perhaps some sketchy links from fake PayPal/Amazon/other websites. Don’t trust links that ask for your password or any personal information, ever. Thank you for reading my fake freebie rant.

0 likes Jan 31, 2019 Free Samples Without Surveys By Mail
The links this post may contain affiliate links which we earn a commision from. See the bottom of the site for full privacy, disclosure and terms & conditions policies.