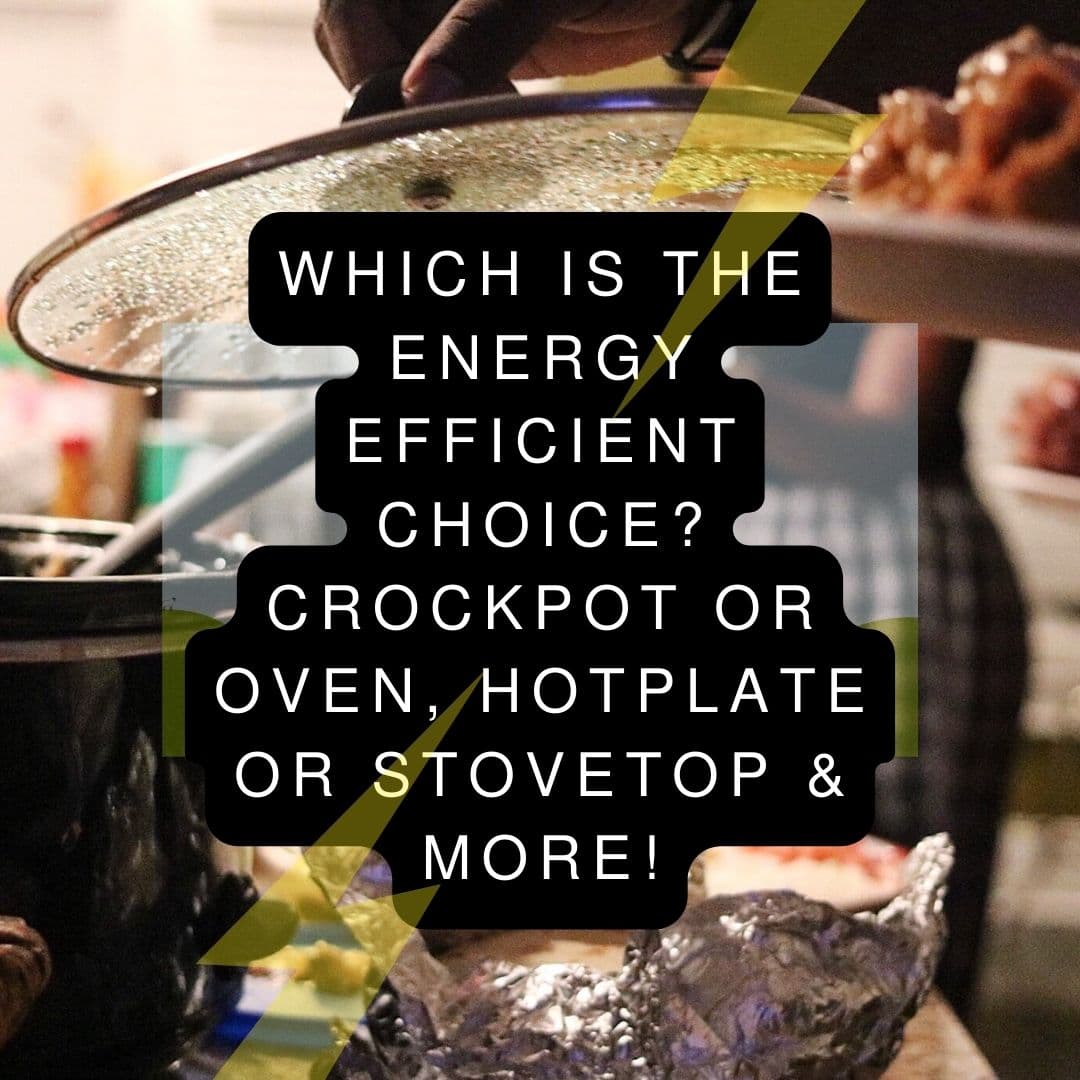 Everything costs more these days and electricity is no exception. Even gas, which has

Everything costs more these days and electricity is no exception. Even gas, which has normally been the cheapest cooking fuel, is rivaling the price of electricity. And don’t we all have a counter full of electric kitchen gadgets?

But maybe that’s a good thing. Let’s take a look some of those counter top appliance as alternatives to the energy hogging household range to see where we can eek out some savings. For all our calculations, we’re using a kilowatt cost of 15 cents an hour and average wattages for the appliances we’re comparing.

A toaster oven is on my must have list of kitchen appliances. Besides my love of toast, I use it regularly to cook side dishes, bake pies and crisp up soggy leftovers. I’ve noticed some foods cook even faster in a toaster oven – probably because of the smaller heated space. And there’s a lot less heat, a plus when the air conditioner is running.

But no, you can’t cook a large turkey and standard size baking sheets or tins won’t fit. You can buy toaster oven sized containers for baking, but that means you’ll have to bake, say, 2 toaster oven muffin tins twice to get the same amount you could bake in an oven.

So maybe a toaster oven isn’t a must have for you. Could you save by cooking smaller dishes in it rather than in your range’s oven?

Cooking time for food is generally the same for a toaster oven and conventional oven. An hour in a larger toaster oven will cost about 18 cents versus a typical oven’s 36 cents per hour.

So, for toaster oven sized dishes, the toaster oven wins. For large volume baking or cooking too big to fit in a toaster oven foods, a standard oven is a more efficient choice.

Less oil, fewer calories, browned all the way around and fast cooking time – what’s not to like about an air fryer? You can buy standalone air fryers in various sizes or toaster oven/air fryer combos like the one below.

If you have a convection option on your toaster or conventional oven, it can air fry. You just need an open on all sides basket that sits on a tray or cookie sheet to catch any crumbs. The only downside to air frying in a standard oven is its size. Unless you pretty much fill the oven, all that hot air circulating is wasted and can result in longer cooking times.

Like the toaster oven/oven comparison, air fryers will bring home the savings for smaller batches. They’ll cost about 7-14 cents for 30 minutes cooking time versus the oven’s 18 cent cost for the same amount of time.

But if you’re cooking multiple batches in an air fryer, those pennies can add up so you might save a few cents more using a standard sized convection oven.

I was deflated when I read that crock pots are energy inefficient. But they weren’t talking about energy costs. They were complaining about how they didn’t hold heat well, cooked unevenly and some got too hot. So, let’s get the facts straight. A crock pot set on high needs only 250 watts of power. Compare that to your stove top burner (1200 – 3500 watts depending on its size) or oven (2400 watts). Yes, ranges cycle on and off using a thermostat to monitor temperature and crock pots are always on. But do the math!

At about 4 cents per hour on high, the total cost to run a crock pot dwarfs the 18 – 53 cents per hour you’ll pay for cooking in the oven or on the stovetop. For foods that take a short time to cook on the stovetop or oven, it’s so close it doesn’t really matter. Cooking rice in a slow cooker, for example, will take 1-2 hours (8 cents). On the stovetop, rice cooks in about 15-20 minutes costing about 6 cents on a smaller burner and up to 18 cents on a very large burner.

Like the air fryer, pressure cookers get things done fast. Unlike the air fryer, it’s not for foods that need to be crisp. Think braised ribs, savory stews, pot roast… Yes, you can cook other things in a pressure cooker and some versions are multi-purpose allowing you to sear, sauté, slow cook and steam all with one pot. But they’re ideal for dishes where moisture retention, infusion of flavors and breaking down fibrous foods is required.

Pressure cookers are the appliance of choice for people who don’t want to wait the hours it can take to cook those types of dishes. But does that fast-cooking time convert to energy savings, too?

Using braised short ribs as an example, prepare to give them about 3 hours in the oven plus a few minutes on the stovetop to brown. The same recipe in a pressure cooker takes about an hour – sautéing included. Oven – about $1.10; pressure cooker – about 18 cents. Duh.

Hot plates are great if you don’t have a stove. Or if you’re running out of burners on the stove you have. Or if you want to cook something in a room that isn’t a kitchen. The most energy efficient hot plates are induction models. They heat up much quicker than coil or radiant burners. But you’ll need stainless steel bottomed pots or cast-iron ones since induction needs a reflective surface to work.

The average hot plate requires 1800 watts while stove top burners range from 1200 – 3000 watts. Not a whole lot of difference. Let’s run the numbers!

You may only use your microwave for reheating but you can actually cook just about anything in a microwave. Baked goods, roasts, popcorn – you name it, you can microwave it. The results might not be the same as traditional cooking methods, but it’s the time you save that makes a microwave a must have appliance in most kitchens.

Even the largest microwave oven requires less wattage than most stove top burners or ovens so there’s already an advantage in its favor. Plus, it doesn’t give off much heat – a bonus during hot weather. But do the numbers add up?

If you want to check out energy costs for other appliances or calculate usage for appliances you currently own, here’s the energy cost calculator we used. You’ll need your appliance’s wattage (in the manual or on the back) and the kilowatt (KW) cost of energy in your area. Find KW cost on your utility bill or search for your utility company’s website where you should be able to find the KW costs charged in their market area.