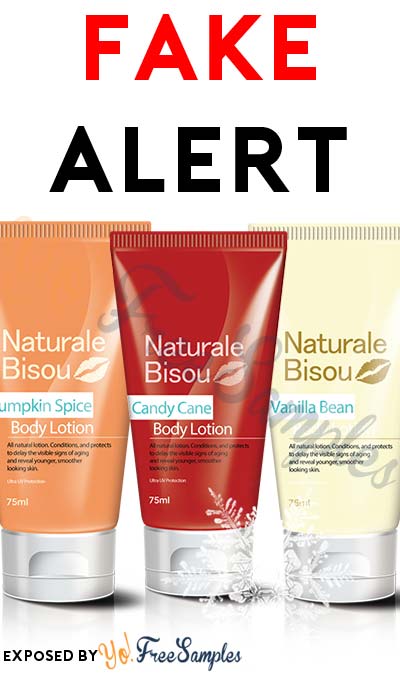 In an effort to increase awareness so you avoid signing up for fake freebies I’m going to start posting separate “fake” posts. But I’ll only do it when I see a “widely spread” one. “Widely spread” meaning I see it shared across most of the other sites out there which is usually rare, otherwise I’ll keep to calling fake freebies out in my freebie updates here. This lotion was everywhere so I really wanted to make a separate post about it. I could be wrong though, I used their contact form to see if I can get more information, not feeling hopeful though.
-John ‘Samples’ Clark

Why I think this one is fake:

* Fake freebies are known to induce sadness and fear of being hacked, avoid at all costs.

0 likes Dec 1, 2016 Free Beauty Samples, Makeup, Skin Care, Hair Care, Shampoos & Conditioners, Free Samples Without Surveys By Mail
The links this post may contain affiliate links which we earn a commision from. See the bottom of the site for full privacy, disclosure and terms & conditions policies.